Who knows more about basket stretcher?

1. What is a basket stretcher

2. The role of the basket stretcher

The seat belt can be disassembled according to the injured part of the injured patient, and a suitable position is found to be fixed; so that ambulance personnel can carry it under different environmental conditions; and the hook suspension can be connected with the hook on the aircraft to realize field rescue.

The simple and reliable device allows the operator to take first aid measures safely and quickly. It can be used more flexibly and stably in unique settings according to various emergency environments. Choose a basket stretcher according to the injury site and injury of the injured person.

It allows the injured to avoid a second injury. 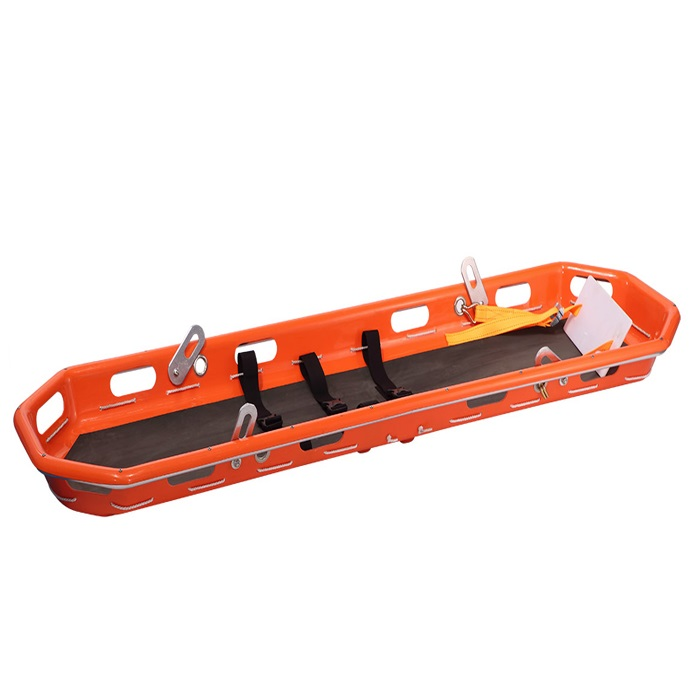 2. The wounded must be treated appropriately

3. Do not carry personnel, stretchers, etc. when they are not adequately prepared

When handling overweight and unconscious wounded, consider everything. It prevents accidents such as falls and falls during handling.

4. Observe the changes in the condition of the injured person at any time during handling

Focus on breathing, consciousness, etc., and keep warm, but don't cover your head and face too tightly to avoid affecting breathing. In the event of an emergency on the way, such as suffocation, respiratory arrest, convulsions, etc., stop carrying and immediately perform first aid treatment.

5. On particular sites, handling should be carried out according to unique methods

At the scene of a fire, carrying the wounded with a basket stretcher in heavy smoke should bend over or prostrate forward; at the location of toxic gas leakage, the porter should first cover his mouth and nose with a wet towel or use a gas mask to avoid being fumigated by the poison gas.

Especially for cervical spine injuries, sandbags, pillows, clothes, etc., must be placed on both sides of the head and neck to fix, limit the movement of the cervical spine in all directions, and then select the forehead together with the stretcher with a triangle scarf, etc. Then the whole body is enclosed with the stretcher with a triangle towel, etc. 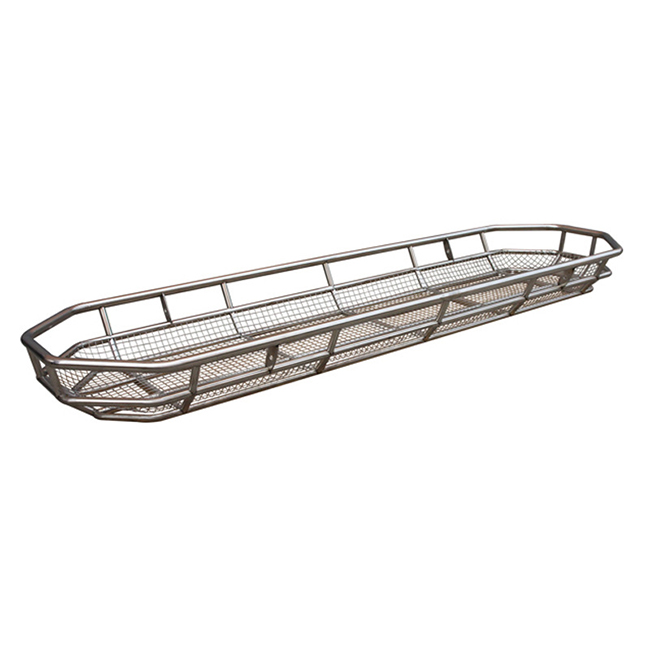 This position can be used for all seriously injured persons. It can avoid excessive bending of the neck and spine and prevent vertebral dislocation. For open injuries with abdominal wall defects, when the wounded person shouts to hold his breath, the intestinal tract will prolapse, allowing the injured to take passive flexion of the lower limb position, preventing abdominal organs from prolapsing.

After excluding neck injuries, lateral reclining positions may be used for patients with impaired consciousness. To prevent the injured from vomiting, food is inhaled into the trachea. When the injured person is lying on the basket stretcher, a pillow can be placed on his neck to maintain a neutral position.

For those with only chest injuries, pain, blood pneumothorax, and severe breathing difficulties are often caused by pain. This position can be used in cases of combined thoracic spine, lumbar spine injury, and shock to facilitate the breathing of the injured person.

Injured patients with extensive chest wall injuries, abnormal breathing, and severe hypoxia may use the prone position. To oppress and limit irregular breathing.

Suitable for patients with pleural effusion and heart failure.

Three people step simultaneously and place the wounded on the basket stretcher at the same time. A person with or suspected cervical spine injury should have another person specifically responsible for traction and fixation of the head and neck. The injured person shall not bend forward, swing, or rotate left and right.

The four must move in unison while printing the wounded and placing them on the basket stretcher simultaneously. In the handling process of standing up, walking, and putting down, one medical staff must command the order and act uniformly.

② The porter may also have one leg brittle on both sides of the injured, one person responsible for the waist and buttocks of the injured person on one side, and two people on the other side for the shoulder, back, and lower limbs, respectively.