Most popular first aid kits in 2022

First aid kit, the great invention of the late 19th century. First aid kit came into being after the people had a better understanding of "prevention" and "preparedness" and applied them to the medical field. In the 2022 Russo-Ukrainian war, military first aid kits played a big role and saved countless lives. 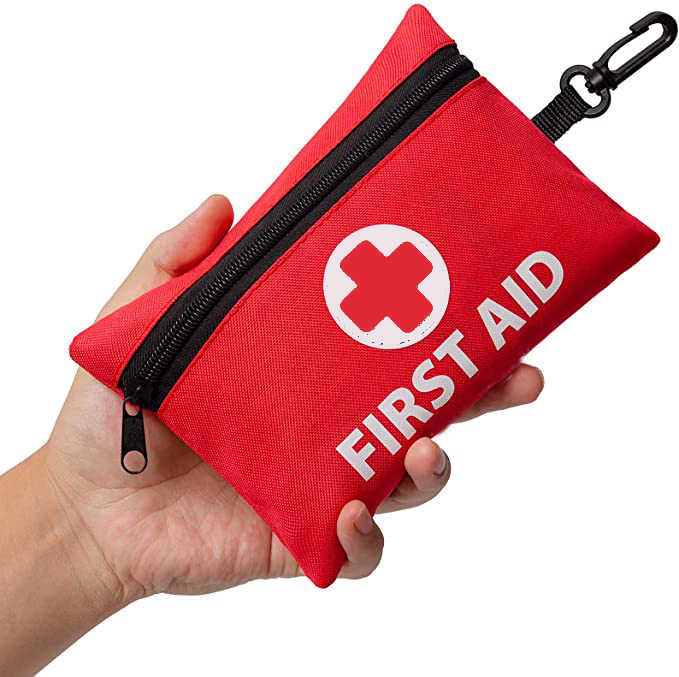 Here we introduce you some of the most popular first aid kits in 2022 and their composition, which can be applied to different scenarios, especially military fields.

Compared with the original first aid kits in the 19th century, both the content and form have changed a lot. The original first aid kit was created in response to the needs of railroad workers. Railroad workers laying tracks are high-risk jobs, often injured, and work in remote locations, far from medical aid areas. They need to spend a long time waiting for doctors to arrive to rescue them after being injured. Before doctors arrive, bystanders often do more harm than good by trying to move or help the injured.

Robert Wood Johnson, founder of the medical supply company Johnson & Johnson, was on a train on vacation when he happened to meet a passenger who was the railroad's chief surgeon. During the conversation, Robert learned how difficult it was for injured railroad workers to get medical treatment in a timely manner. This conversation inspired him to begin envisioning a number of commonly used medical products, such as sterile gauze, bandages, etc., all put together and protected using a metal box. Such a metal box could be stored closer to the railroad workers' place, or kept directly by the workers. This way they do not have to wait a lomng time for the doctor to arrive before they can be treated. They could give preliminary treatment to the injured person before the full treatment. 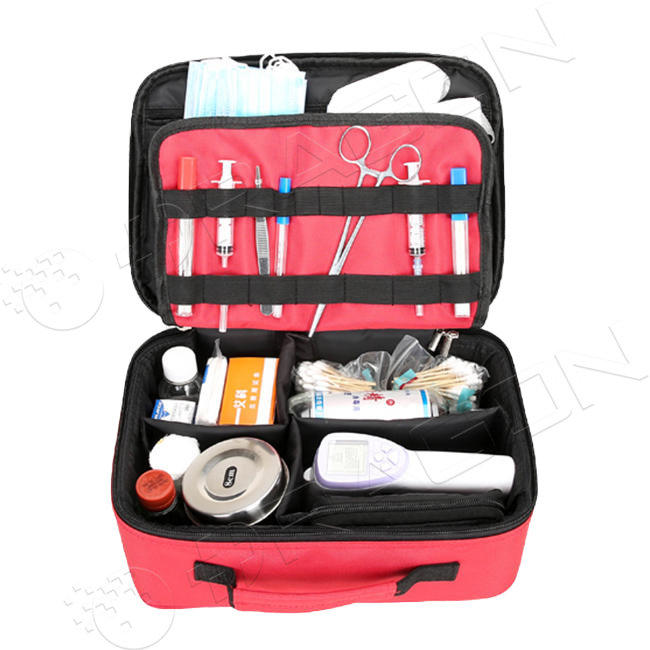 Thus the prototype of the modern first aid kit was born. After more than two hundred years of development, the initial metal box developed into various sizes and materials of containers, and the configuration of different first aid kits varied. According to different needs, the number of people using, the standard of various first aid kits configuration also varies.

Taking the most popular military first aid kits in 2022 as an example.

The most popular military first aid kits are all about 20*15*10cm in size and can accommodate basic single-use cleaning, wrapping, and fixing first aid products. Such bags usually use high-quality, wear-resistant nylon fabric, the color is usually black, khaki, camouflage, etc..

This small package is a zipper design, part of which also specifically set up a plastic buckle as a second layer of protection. The back of the bag is designed with straps and metal buckles that can be used to secure the bag to the shoulder straps of a large military camouflage bag, a tactical vest or a belt. Because of the moderate size and portability of this bag, it is very suitable for use either alone or with other tactical equipment.

This military first aid kit can be divided into two main internal parts, both sides are equipped with elastic bands for fixing scissors, tourniquets, splints and other large first aid devices.

One side is designed with a separate zippered mesh pocket for placing band-aids, alcohol pads, satety pins, nitrile gloves and other small and easily scattered first aid products. And some other flatter products such as hemostatic gauze, chest seal, etc., can be placed in the other side of the inner pocket. The military first aid kit looks small in size, but can accommodate a lot of things, basically to meet the possible needs on the battlefield.

And the most necessary products in such a small bag are as follows.

1.Tourniquet. the CAT type tourniquet applies force to the muscles around the wound by spinning a nylon rod to physically stop the bleeding. It is important to stop the bleeding before getting full treatment from a physician. Correct and timely hemostatic operations can save many lives.

2. Israeli bandage. As a sterile, single-hand-use hemostatic elastic bandage, it is very popular in the military field. It can replace several different gauze, no tedious operation steps and easy to use.

Here is the introduction of the most popular first aid kit in 2022.